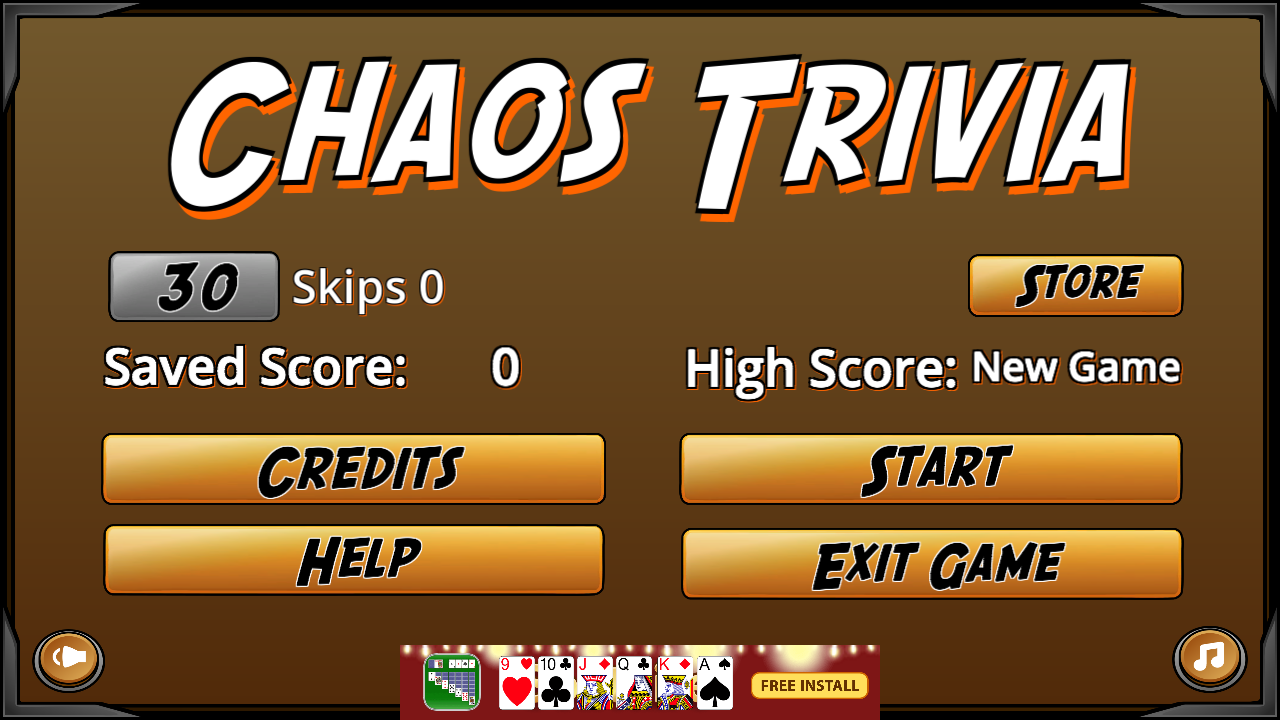 Good Godzilla to you.

Chaos Trivia update 3 – hard to believe I have gotten this far with this crazy little app.

When I first started this project it only had 500 question, it now contains more than 37,000 questions.

The history behind Chaos Trivia is that I was just playing around with switch statements in C# and the random feature. I never really actually intended to make a full a game but it kind of took a life of it’s own.

While we were waiting for Chaos Chef (which we are having developed by a third party) to have some things finished up, I got bored and went back to my original code for Chaos Trivia which was called Tappex Chaos (Because I did not intend on making an app when I created it I just randomly named it something so it wasn’t called “Project1” (actually it would have been “Project 197” but I digress))  and the more I looked at the code (which was 5 years old by that time (yes I do have lots of projects just sitting around that I desperately need to update most of them only exist just to test out a piece of code or a logic expression) the more I started thing – “I could make this into a game.”

Having a little time on my hands I started playing around and adding things to it, taking things away and soon and update was playable.

As of this post  Chaos Trivia Update 3 the current version is 5.41 and it currently has 37,750 questions contained with it that span a multiple of genres and categories.