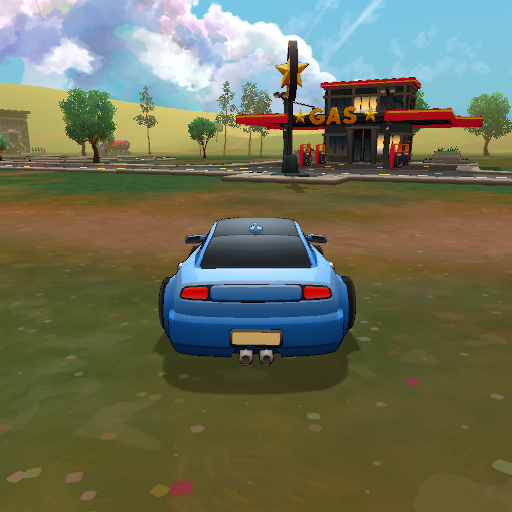 What exactly is this project?

Project Over Tooned is racing game that is currently in development that will feature an Anime Style look. The goal for this project is to make it aesthetically pleasing as possible while maintaining good vehicle physics and challenges. All Over Tooned tracks will have a special feature to them where you can just go on the track and drive around – tentatively I am calling this “Sunday Mode.” Sunday mode will let you check out any track you have unlocked and maybe do some practice runs with different cars, I decided to add this feature so that one will have the ability to learn the tracks and figure the best car the own for each track.

Over Tooned will feature a massive variety of tracks as well as cars for those tracks. The track styles we are going to have will include Formula One style, Rally Style, Nascar Style(Oval Tracks that have lots of laps), Adventure Style, City Race Style, Urban Race Style and Country Roads Style. The tracks go by the car ratings – this means if you will not be able to use a car that has a rating over 500 on a track that has a rating of 100. One an upgrade has been purchases you keep that upgrade on that car forever and you can always downgrade your cars. One special note on upgraded Cars/Vehicles that if you Purchase/Win/Find (Yes there are hidden cars/vehicles you can collect on some tracks) a Car/Vehicle that comes with upgrades then you have to pay to downgrade that car/vehicle (an example would be finding a vehicle with an engine upgrade of 5 and wanting to use it on a lower end track, you would have to downgrade the engine but since it was created with a level 5 engine (and not an upgraded engine) you would need to purchase the downgrades to use it on lower rated tracks).

Over Tooned Cars are Anime Cell Shaded (in fact everything in Over Tooned is Anime Cell shaded). The cars will have gauges for both Miles per hour (MPH) and Kilometers per Hour (KPH) which are player selectable. All Over Tooned cars are upgradable to 9 levels in each upgrade setting (This means you can spend your race earning to upgrade slow cars into super speeders). Every time you upgrade a vehicle it will increase its rating, you can over tune the cars where they can no longer race on certain tracks because of the track ratings. Each vehicle will have normal things like Head Lights, Mufflers that smoke when you do cool stuff, Tail Lights, Sounds – normal things you would expect in a racing game. Over Tooned cars will feature parameters such as having a health bar that defines all the cars settings – If you hit objects you car loses health and this lowers all performance factors of the vehicle such as speed and brakes. A vehicles health can never go below 1 – however at one health your maximum speed is going to be less than 5 miles per hour (Sorry I am American- I use Miles Per Hour). There will be repair kits on the tracks that you can hit that will repair your vehicles and the repair kits have different flavors such as a small kit which only repairs 20 life and all the way up to full repair kits that fully regenerate your life. With that being said every car will have a special ability (Some of these always work and some are on timers and can only be used when they are fully charged) and a couple of these abilities are self repair – there is a car that after a certain amount of time can repair itself and at least one that has constant regeneration. One of the abilities I can go ahead and leak out is the Police Vehicles will have the ability to get behind and AI Racer (This is kind of a close range) and flash its lights and cause the AI Racer to slow down and get passed.

About The AI Cars:

The AI Cars will have the same abilities are the Player – AKA a health bar that controls the performance of the vehicle, lights, sounds and abilities. There will be a special vehicle set known as “Hunters” that may or may not spawn on the track. Hunters have weapons and their goal is to prevent anyone from wining the race. Hunters will not only shoot at the Player but they will shoot at the AI Racers as well. Hunter vehicles can not win the races or trigger race over events. Each Hunter is set up differently – happily though – each Hunter must charge the weapon they have attached before they can use it.

I have probably said too much but this is where we are at right now. Just wanted to give a bit of insight to what we are doing. There some development videos posted on our social media channels.